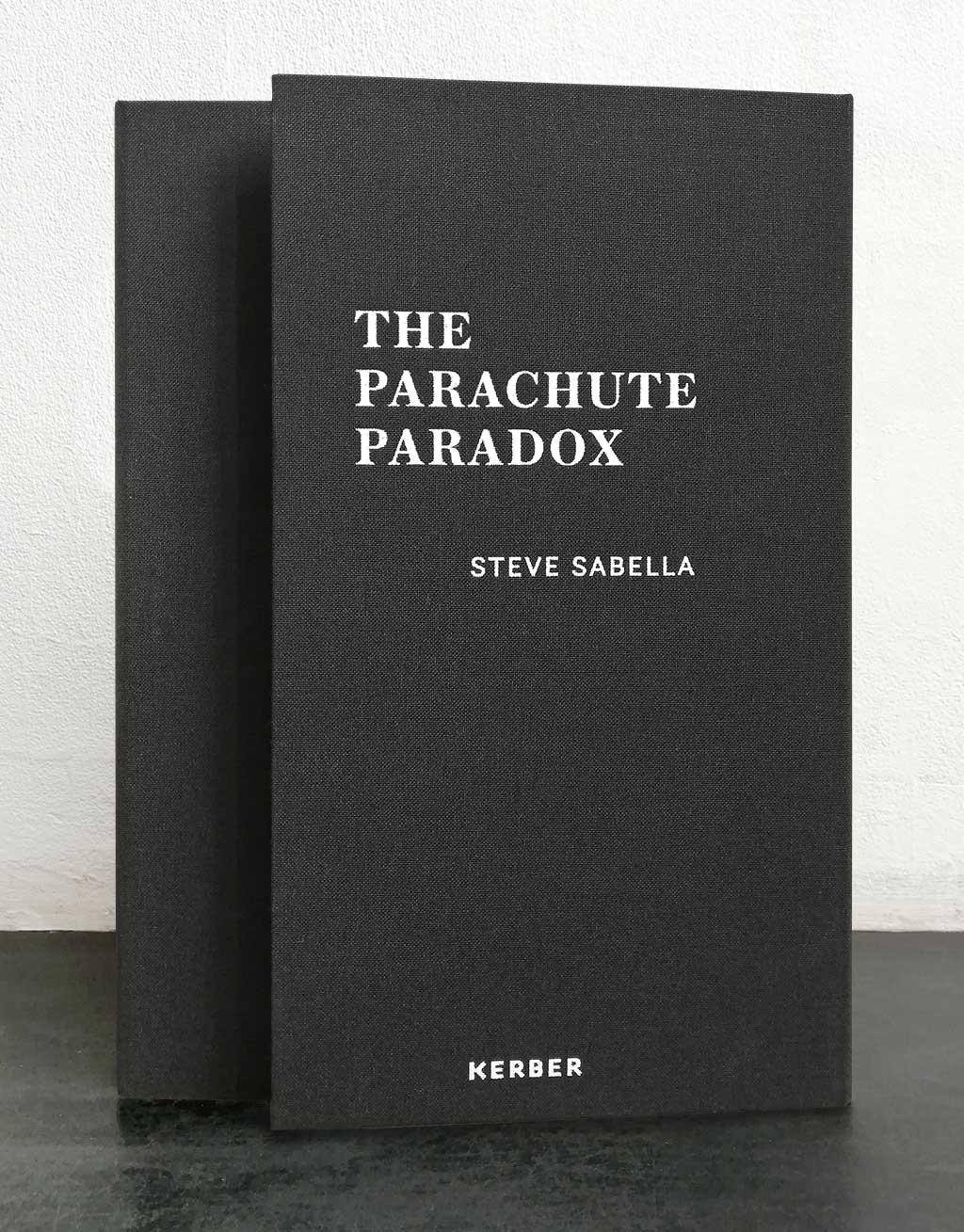 The Parachute Paradox tells the life story of artist Steve Sabella (*1975), who was born in Jerusalem’s Old City and raised under Israeli occupation. After living through both intifadas, being kidnapped in Gaza, and learning to navigate Palestinian and Israeli culture, he feels in exile at home.
For him, the occupation attaches each Palestinian to an Israeli, as if in a tandem jump. The Israeli is always in control, placing the Palestinian under threat in a never-ending hostage situation. He realizes he has two options: either surrender or unbuckle his harness.
Blurring fact and fiction, love and loss, the memoir traces one man’s arduous search for liberation from within, through a confrontation with his colonized imagination. 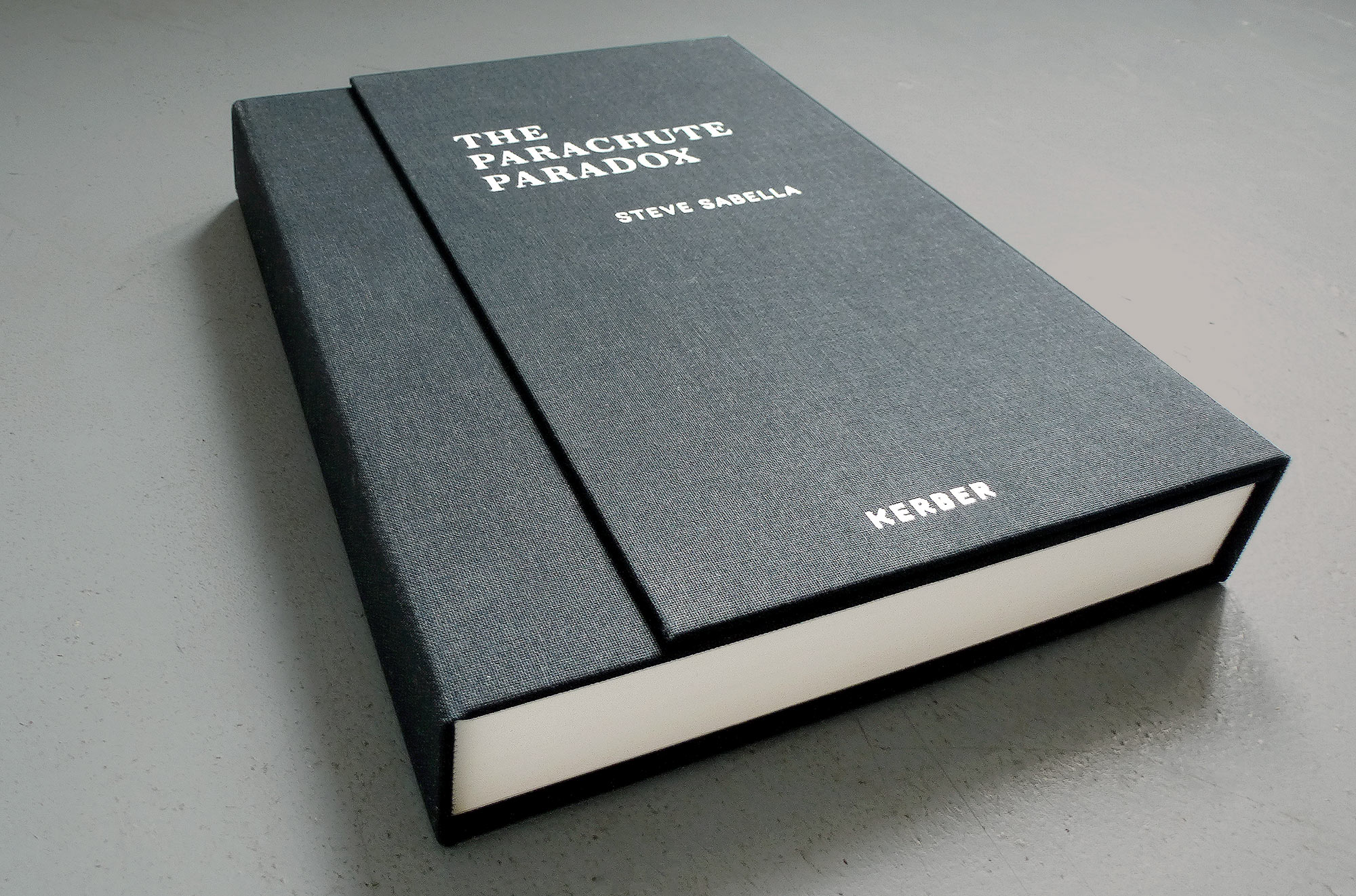 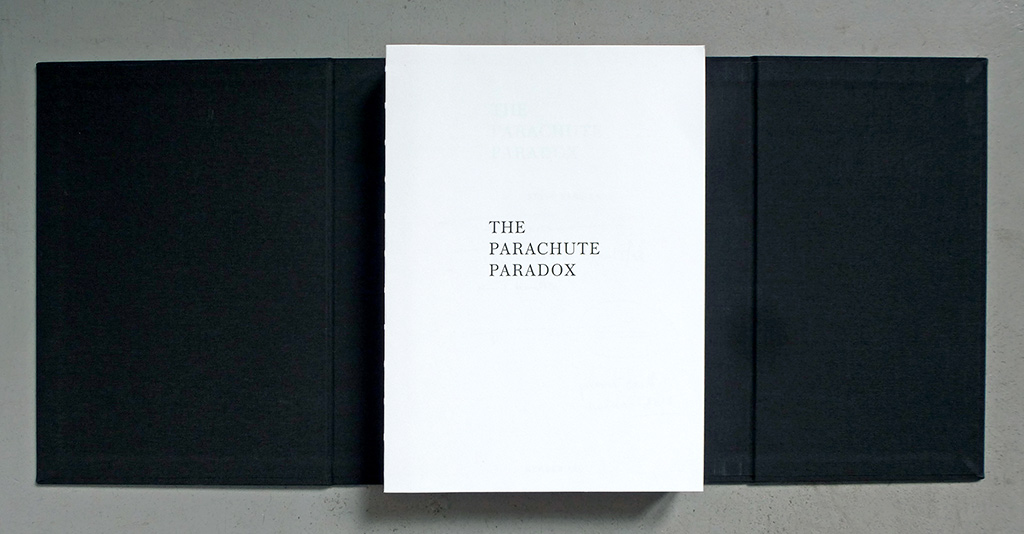 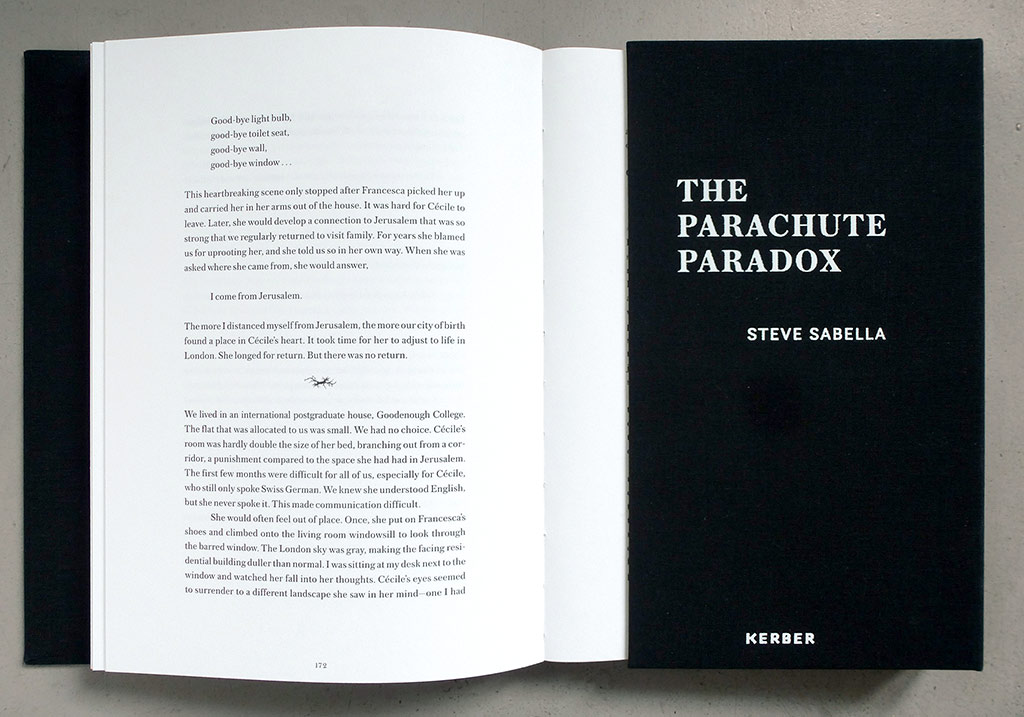 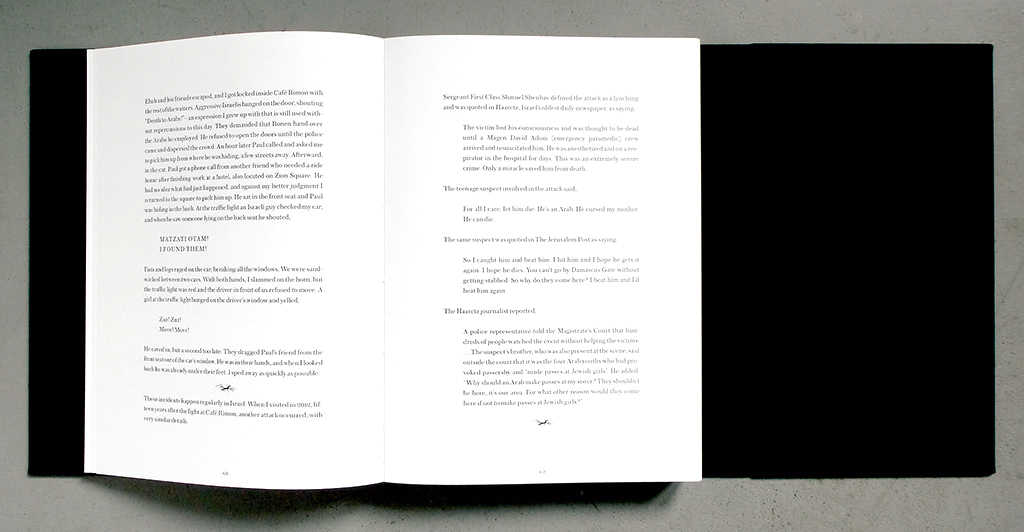 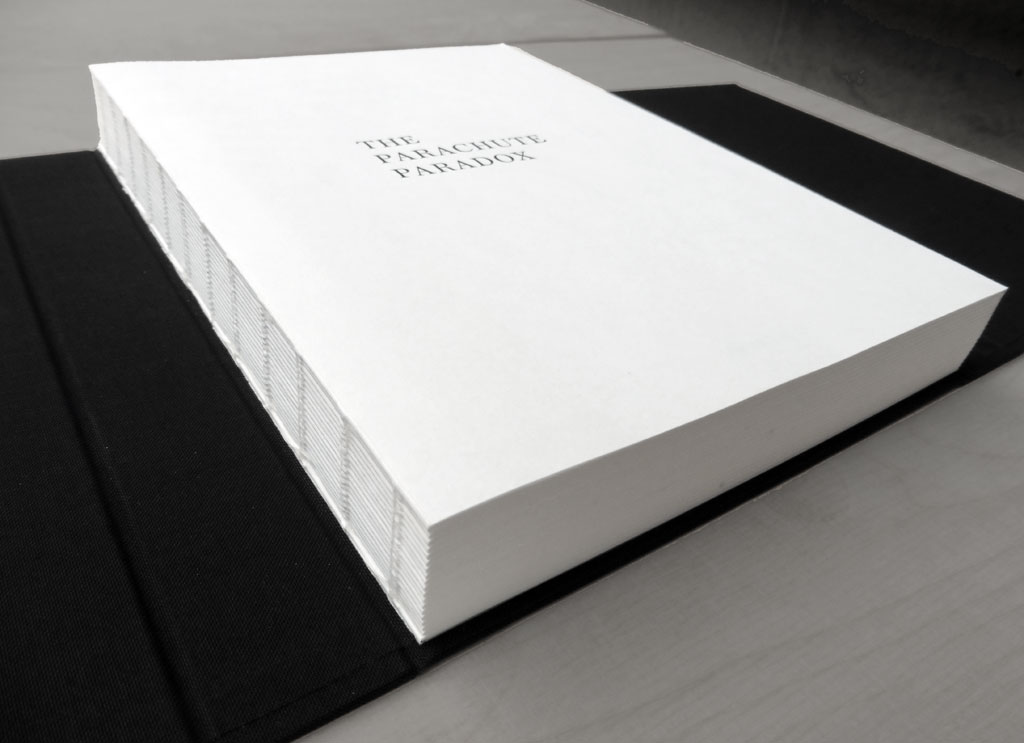 Austin by Paul Barnes and Berton Hasebe / Commercial Type is used for all texts.
Related to one of Steve Sabella’s artpieces, I designed a special asterisk. 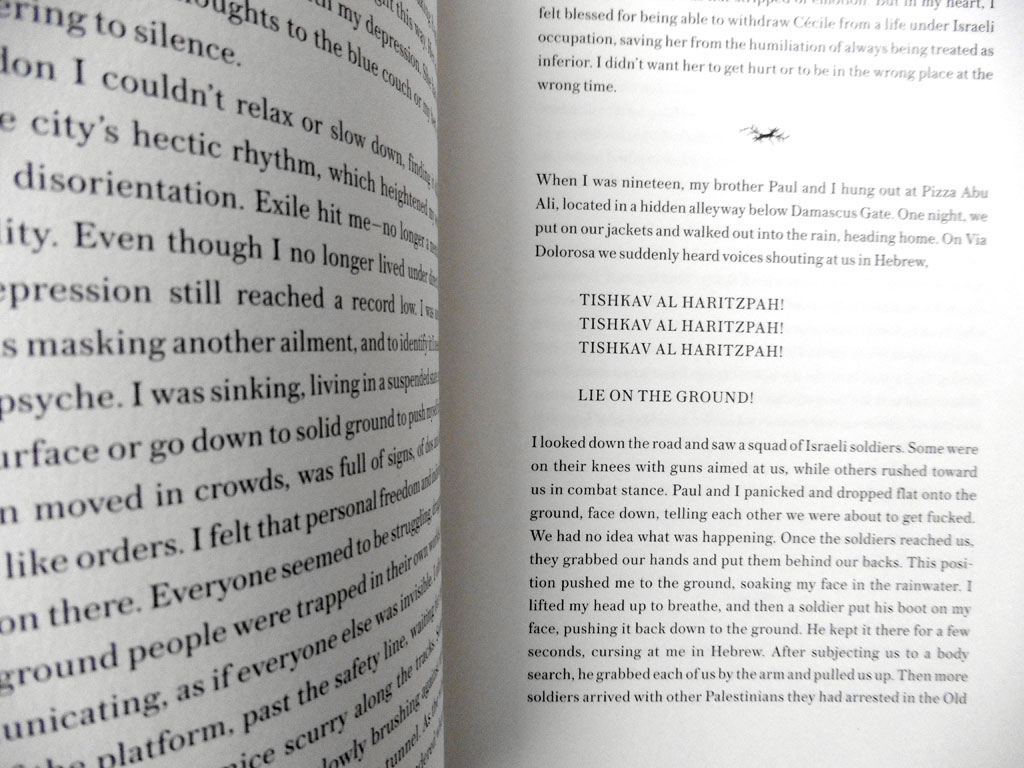 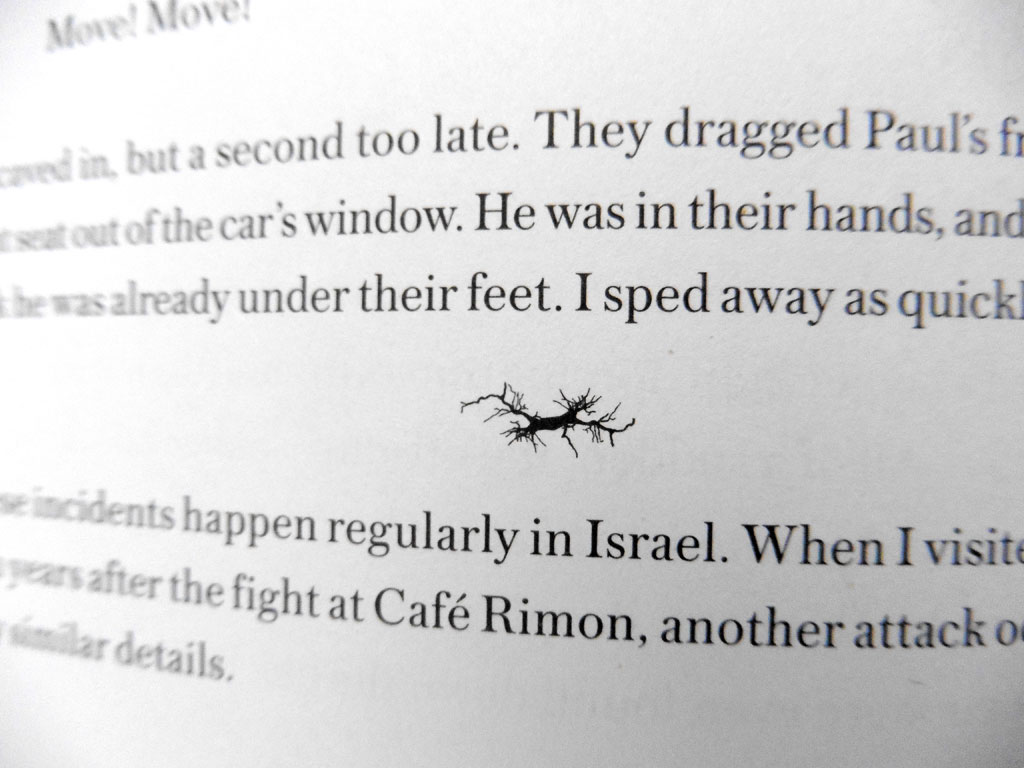 A big thank you to Maren Tanke for her great, reliable support of doing the typesetting for this beautiful book.