The first monograph on the Spanish architectural office.
Nieto Sobejano Arquitectos, founded by Fuensanta Nieto and Enrique Sobejano in Madrid in 1984 and which since 2004 has had a branch office in Berlin, sets itself apart by virtue of an aesthetic of reduced yet powerful forms and materials. The architects, who are involved in projects throughout the world, cultivate a building style that typically takes the roof as the point of departure for planning and design, which becomes palpable in particular in their public buildings, museums, concert halls, and convention centers. Besides commercial buildings, the office also draws up plans for private homes as well as for interventions in historical building stock. The late medieval Moritzburg Castle in Halle, for example, which houses the Municipal Museum of Art and Applied Arts, received a new roof, extending the range of its use in a spectacular way. The publication presents the diversity of the projects on the basis of terms such as “landscapes,“ “roofscapes,“ “memory and intervention,“ “combinatorial spaces,“ “material,“ and “light.“ 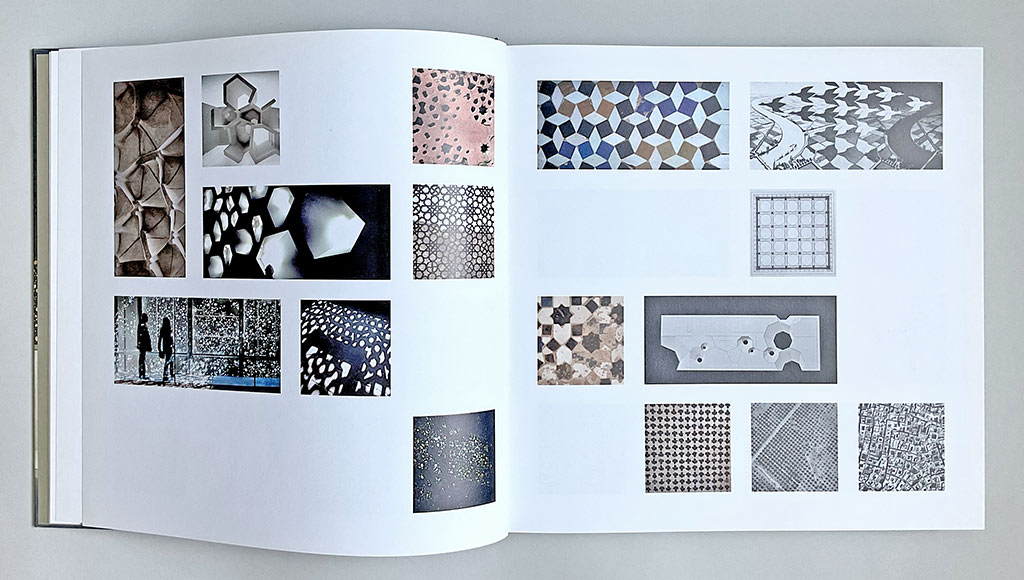 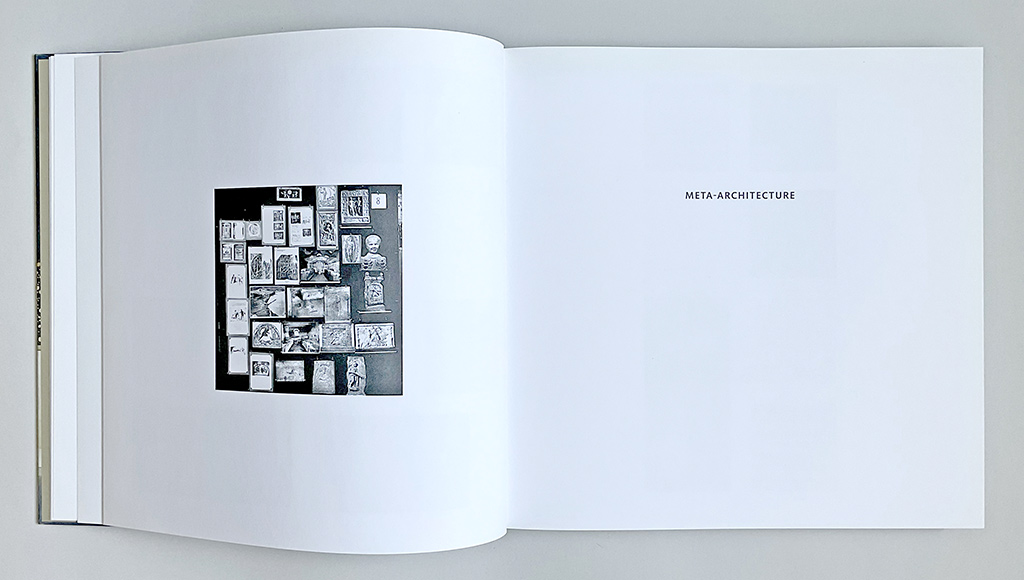 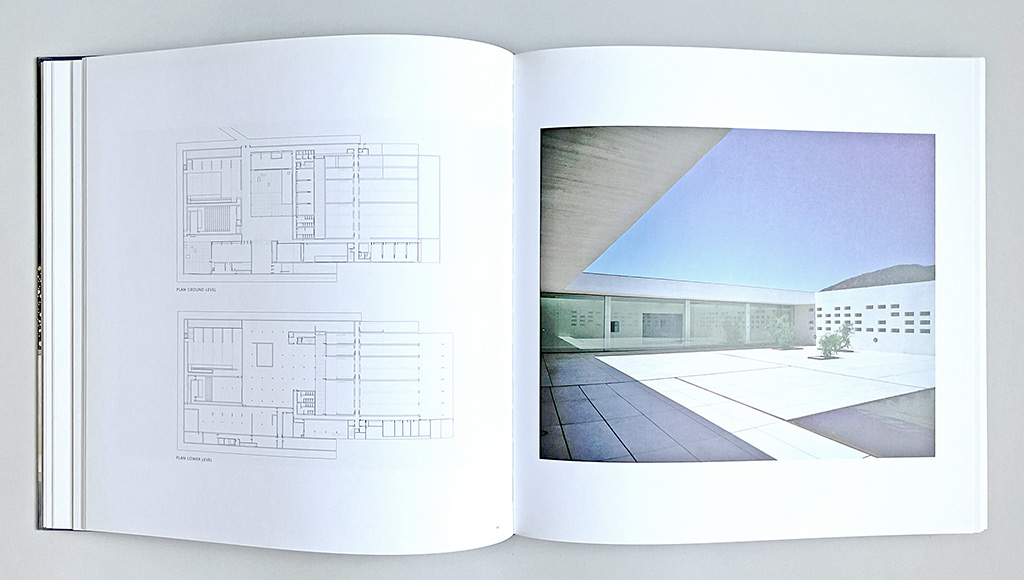 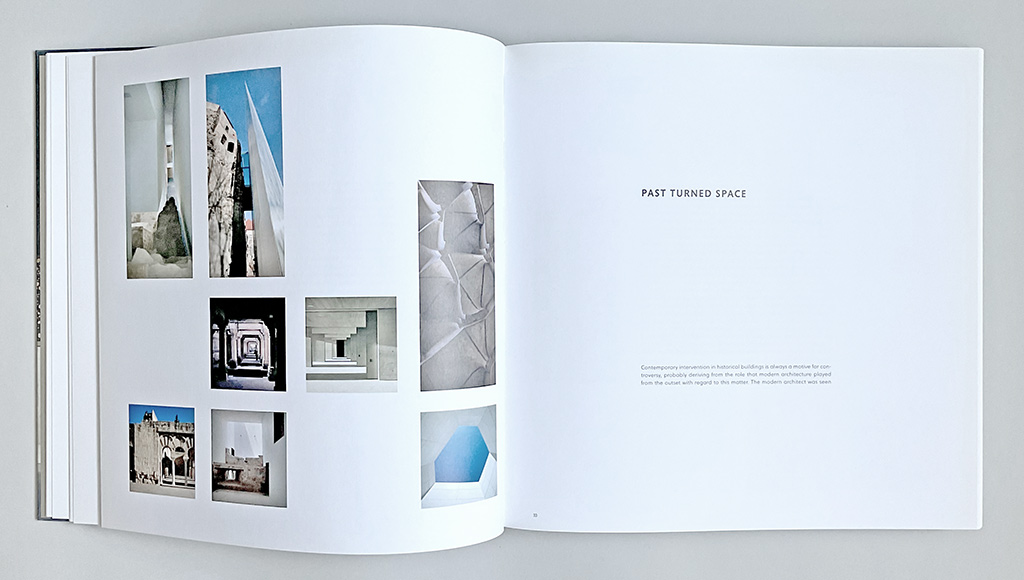 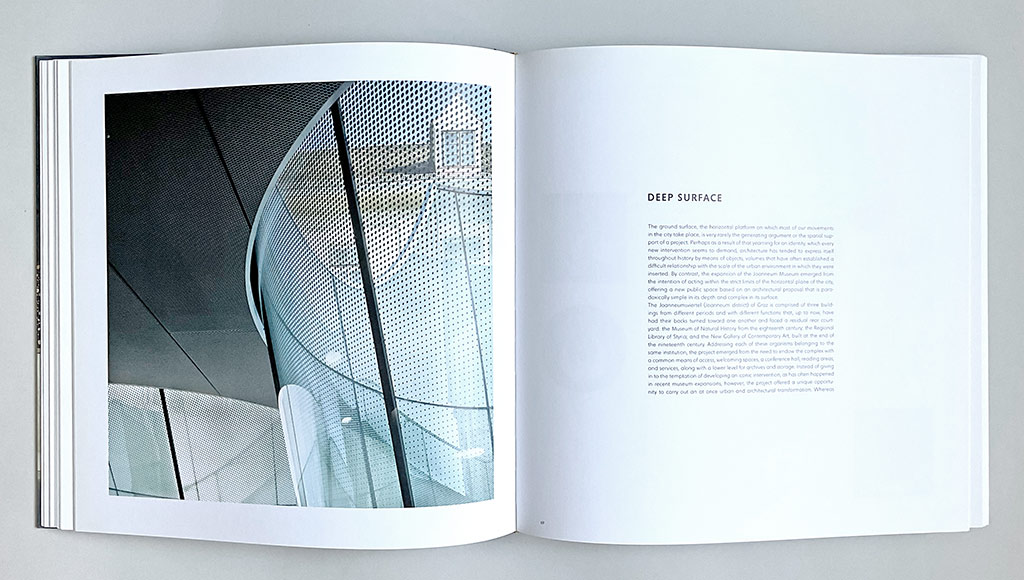 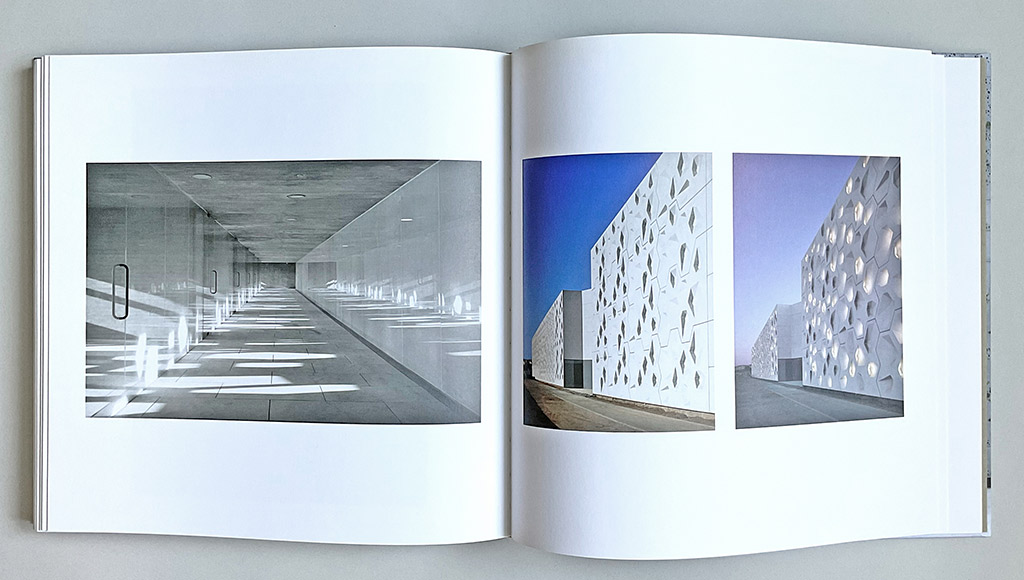 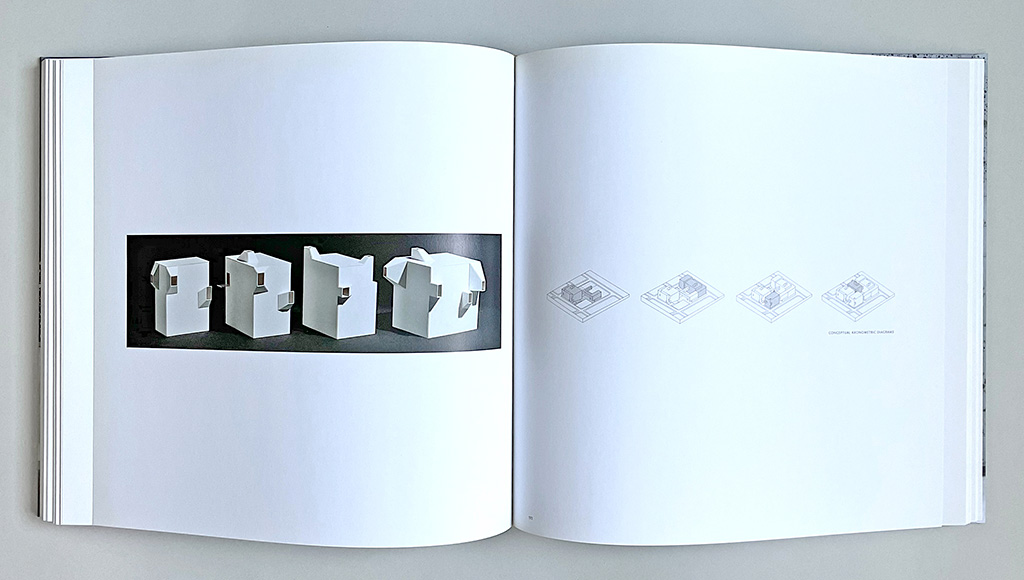 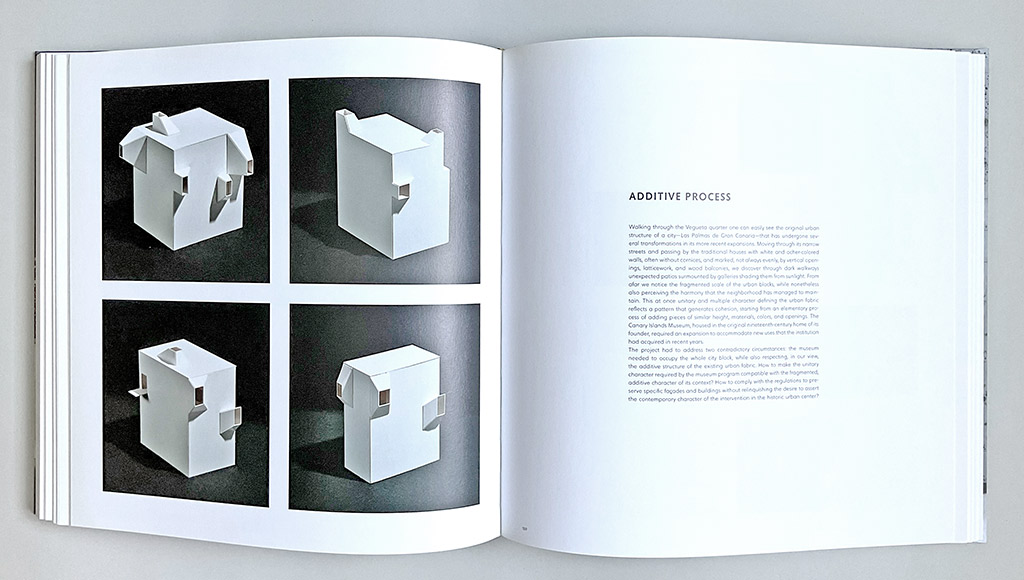 Based on the idea of the »Mnemosyne-Atlas« (1924–1929) by Aby M. Warburg, the layout is based on the »Atlas part«, a grid of 16 smaller squares, arranged four by four.
These little squares are randomly filled with images (sometimes filling more of these four by four units), taken from images, Mr. Sobejano is showing in his lectures.
It’s the first time, that I actually worked with a completely squared layout, because in this case, it is really matching.

An included poster gives an overview over all the used “Atlas images”. 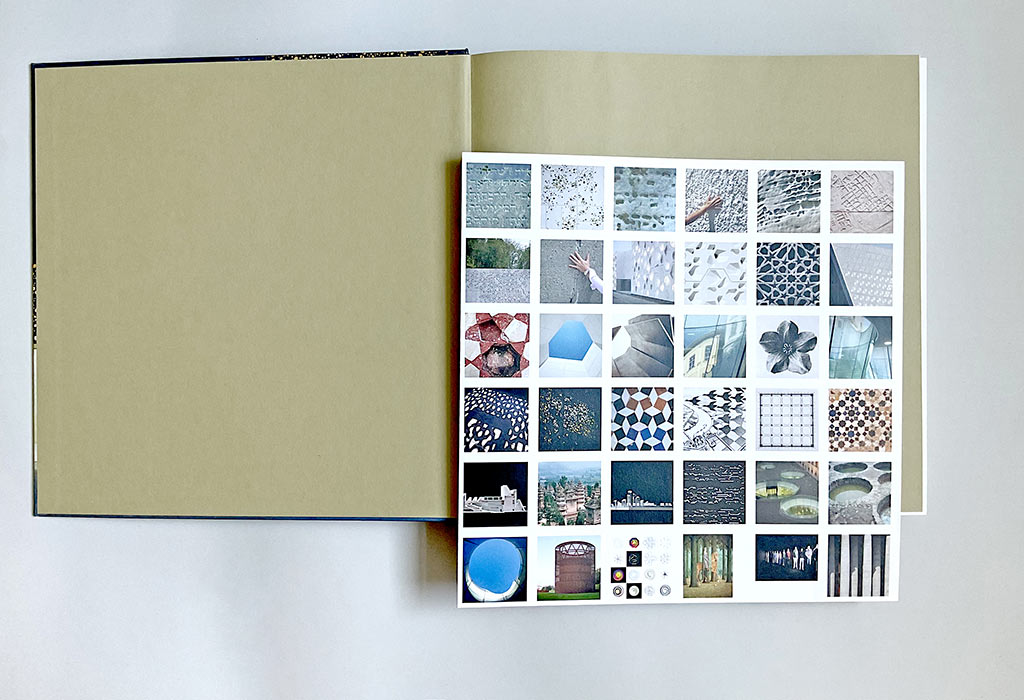 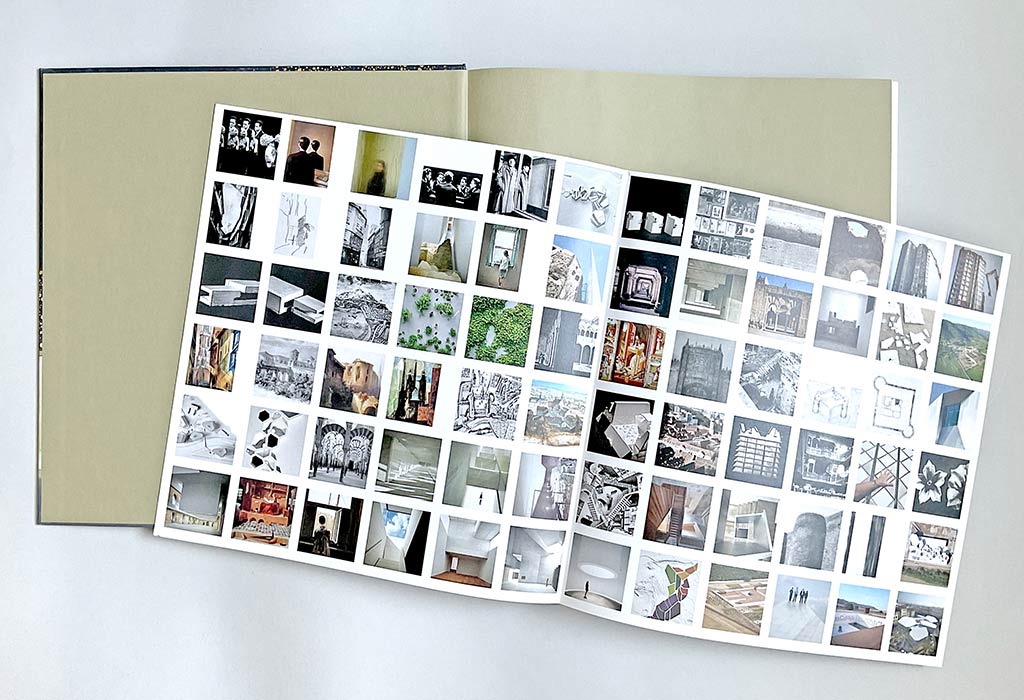 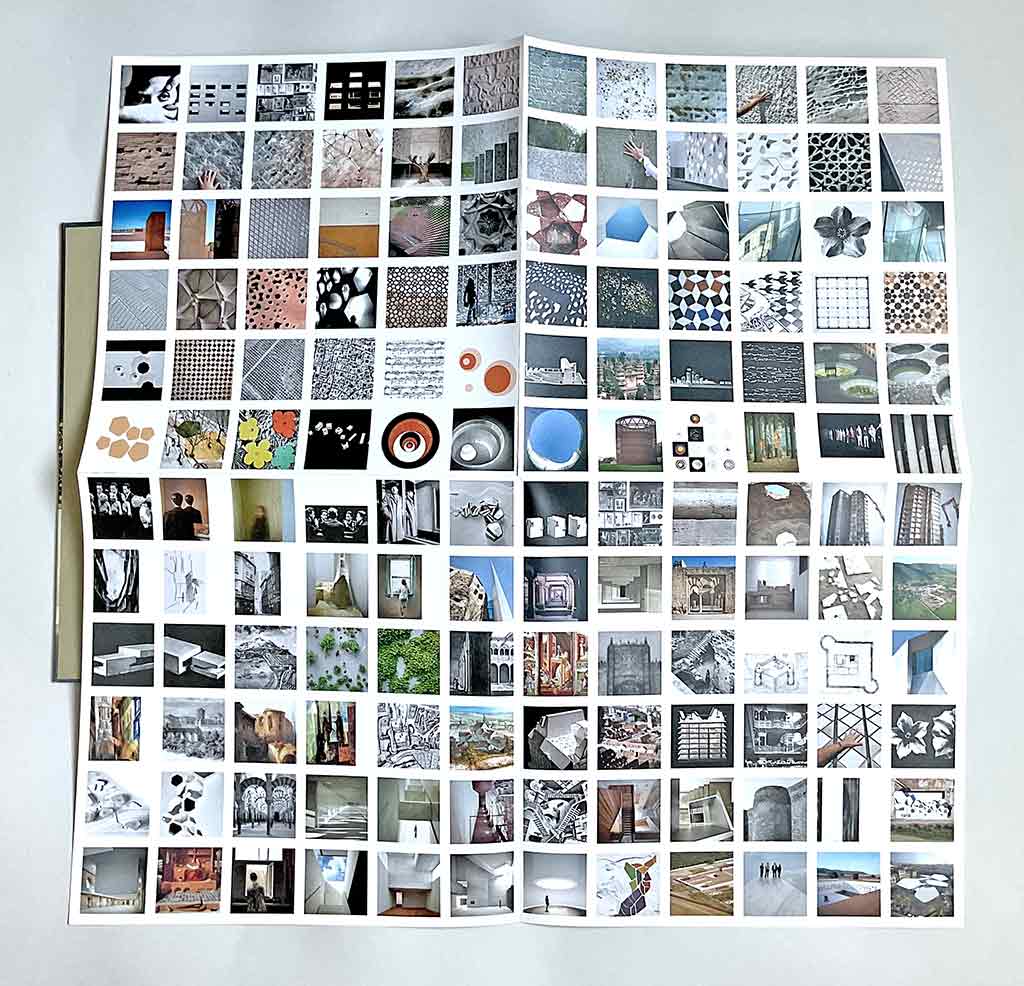 For all the texts, I again used my dear friend Karl-Heinz Lange’s (1929–2010) beautiful PTL Superla (former Super Grotesk by VEB Typoart).
Also for the first time, I positioned the very rarely used page numbers very close to the gutter. Normally, I really don’t like books, where I have to search for them, and finally find them lost in the gutter. But again, in this case, it is the perfect place to »hide« them, what was the intention. 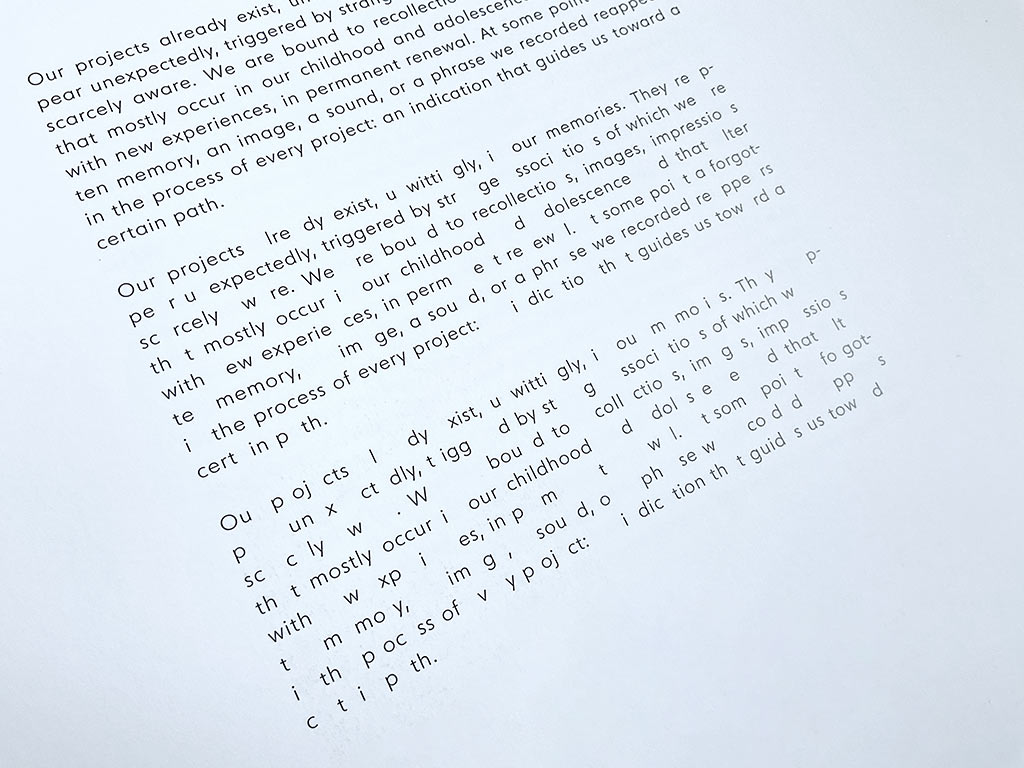 My regards go to Fuensanta Nieto and Enrique Sobejano who made this great book possible.
A big up to Ana Pascual Posada (studio Nieto Sobejano) for her incedible great overview over all the used images and plans.
Special thanks to Joann Skrypzak, and to Julika Zimmermann and Katja Jaeger from the marvelous Hatje Cantz Berlin team.
Many thanks to Jeanne Triboul. 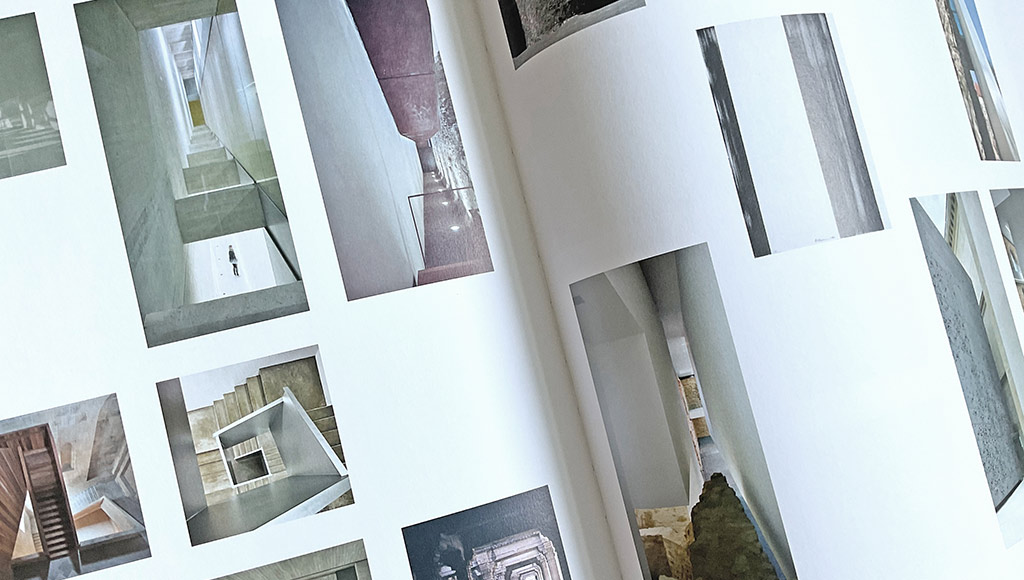