Accompaning catalogue for the exhibition
at Berlinische Galerie
27.2.09–1.6.09 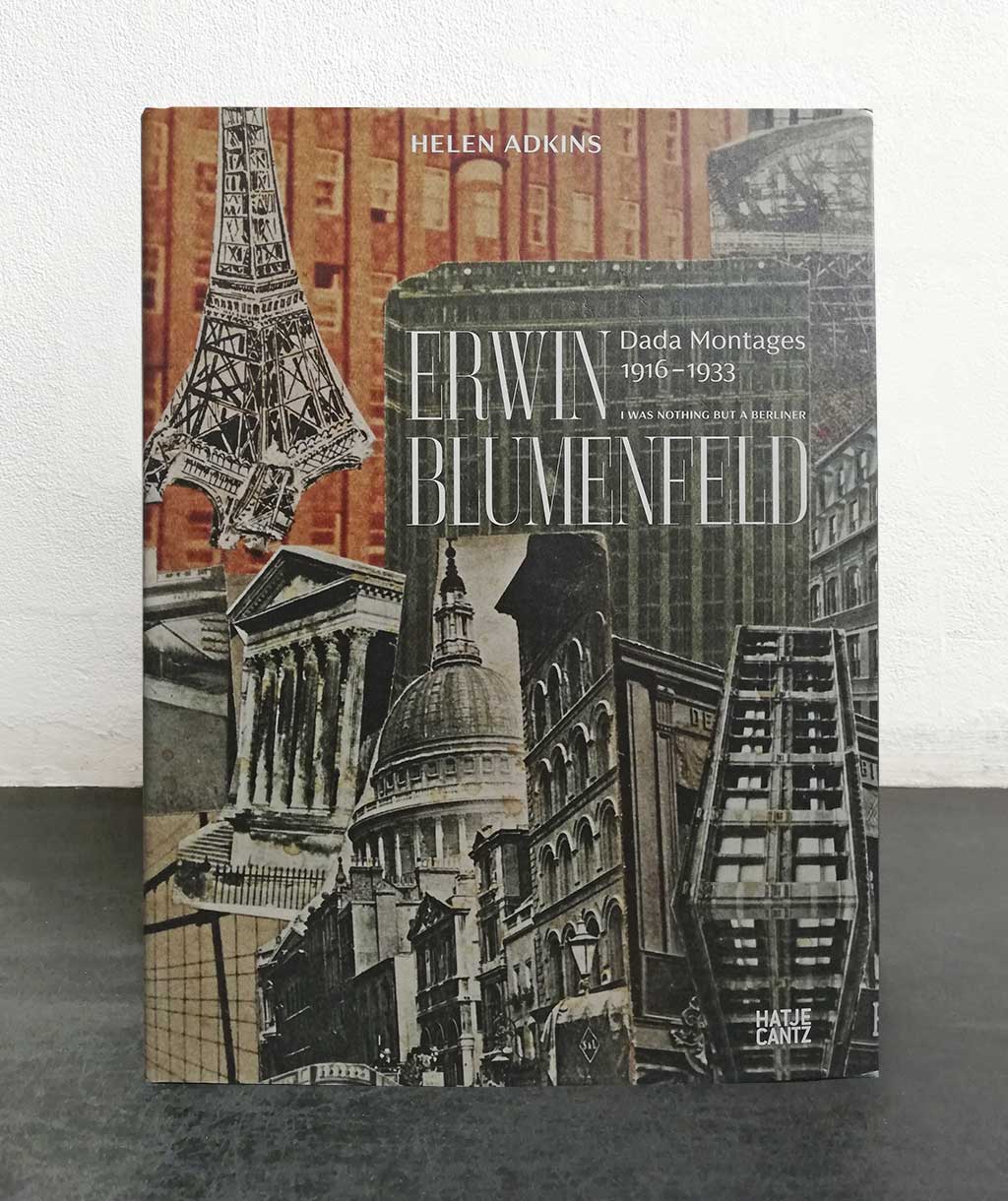 Far less known is the early work of this artist of Jewish origin raised in the late Wilhelminian German capital: the often bitingly humorous Dada collages produced between 1916 and 1933.

His friendship with Paul Citroen and Walter Mehring, who found recognition as painter and poet respectively, the association with Berlin’s bohemia surrounding Else Lasker-Schüler and Herwarth Walden’s Galerie Der Sturm, and his worship of George Grosz collided with Blumenfeld’s career in the garment trade. Blumenfeld sensed the urge to write, paint, and act on stage, but still he pursued the career of a businessman and, in 1923, opened a shop for women’s leather goods in Amsterdam. Theater, film, art, and literature are kneaded together with the artists’ daily experience of life and assembled into a visual entity of most distinct character. Blumenfeld’s cynical and extremely individualistic approach, humor, scorn, and anarchy were perfectly Dada. The bankruptcy of his shop, sealed in 1933 by the National Socialist seizure of power in Germany, finally forced him to try his luck as a professional photographer.

In this exhibition curated by Helen Adkins the focus is for the first time on the montages. The selection of some 50 montages and 30 photographs is chosen from the estate of the artist in Paris and Cambridge, the collection of the Berlinische Galerie, and other collections. 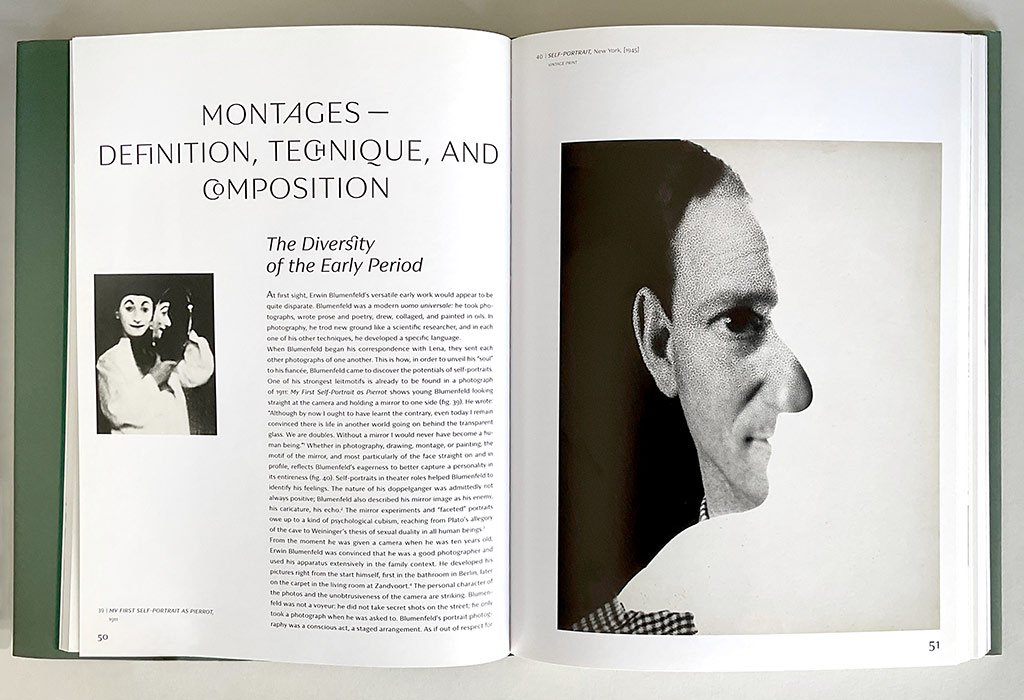 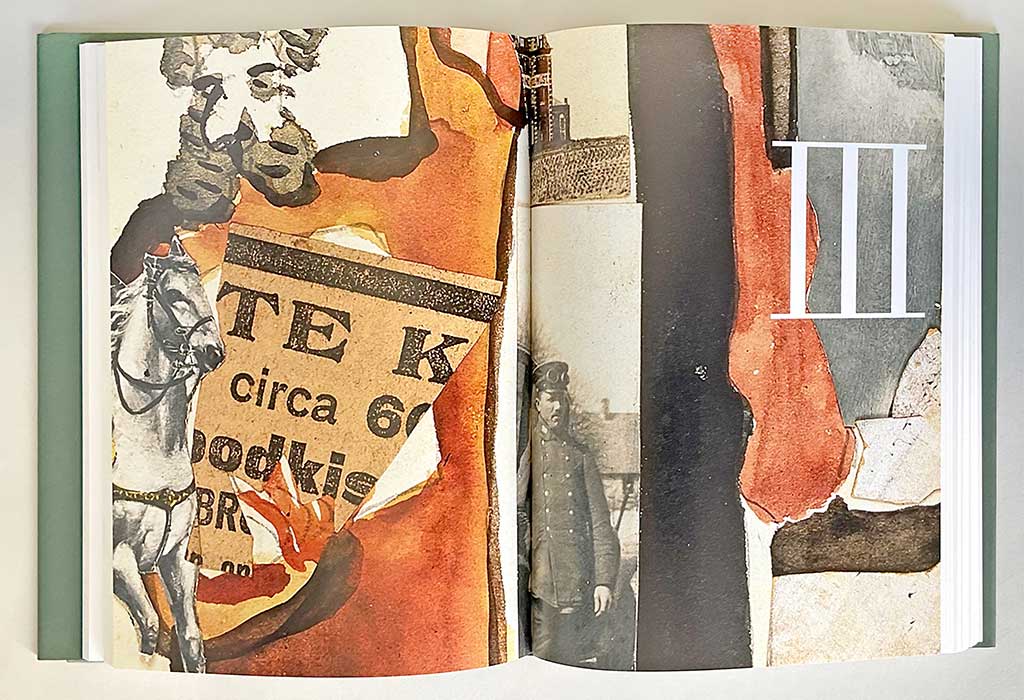 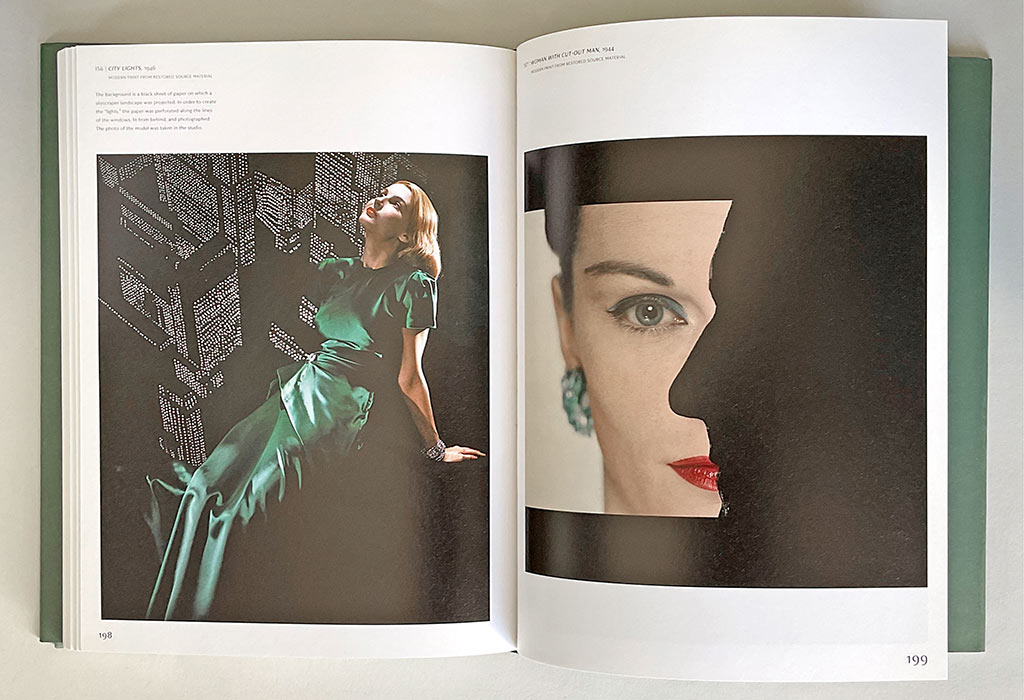 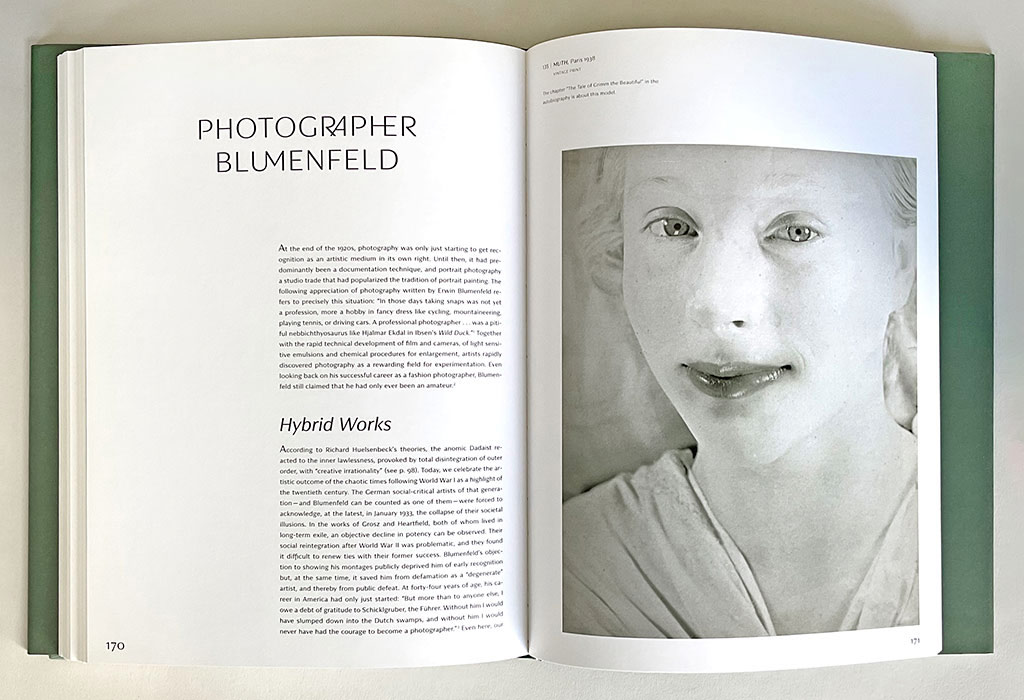 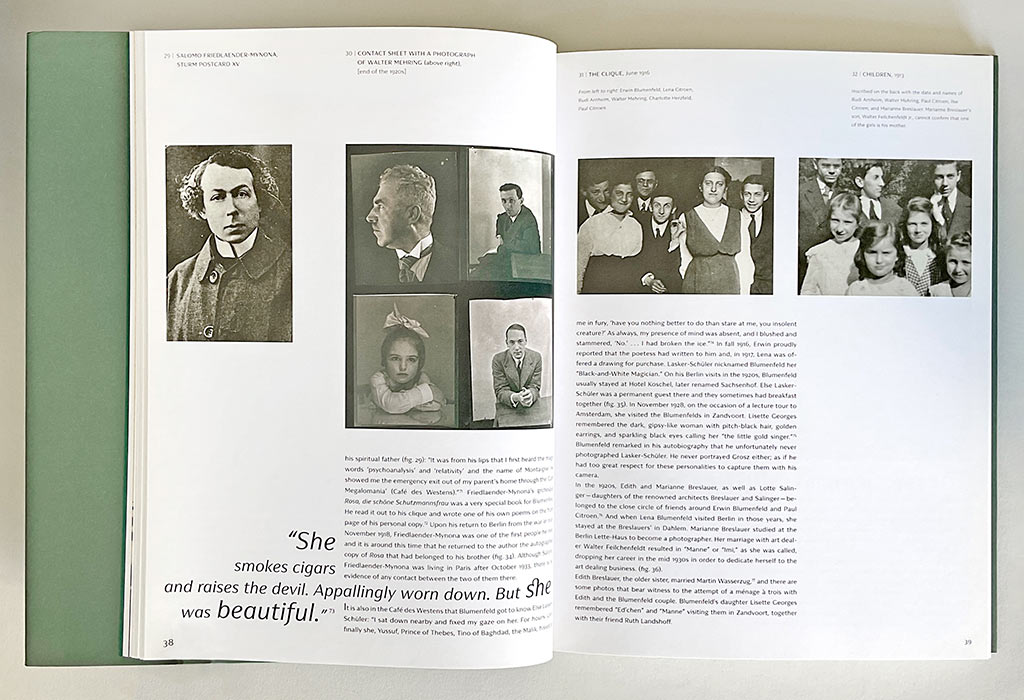 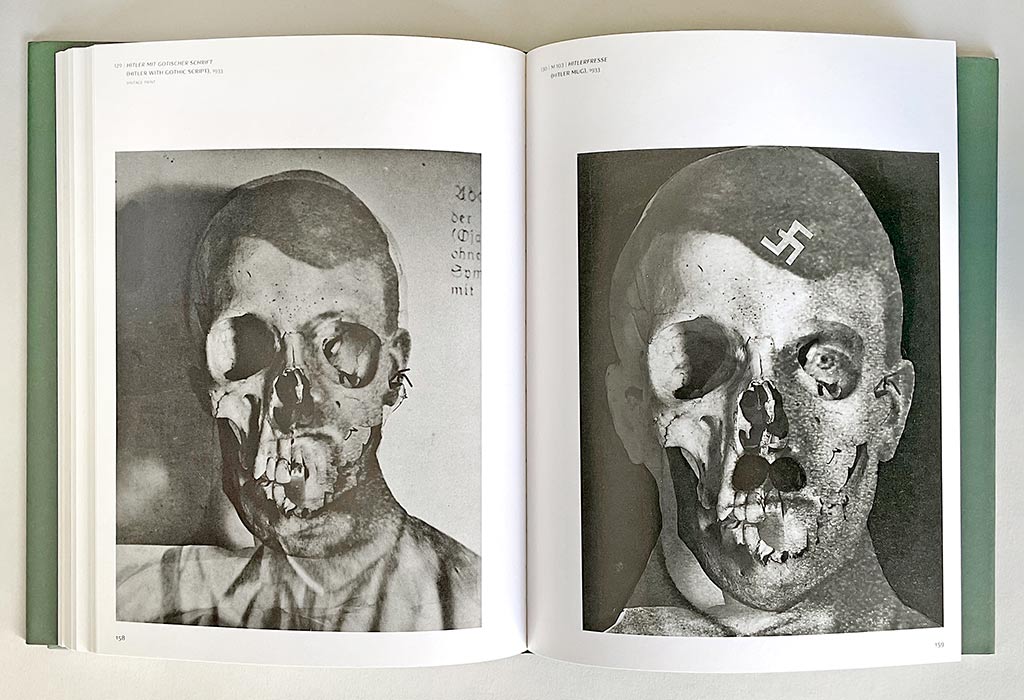 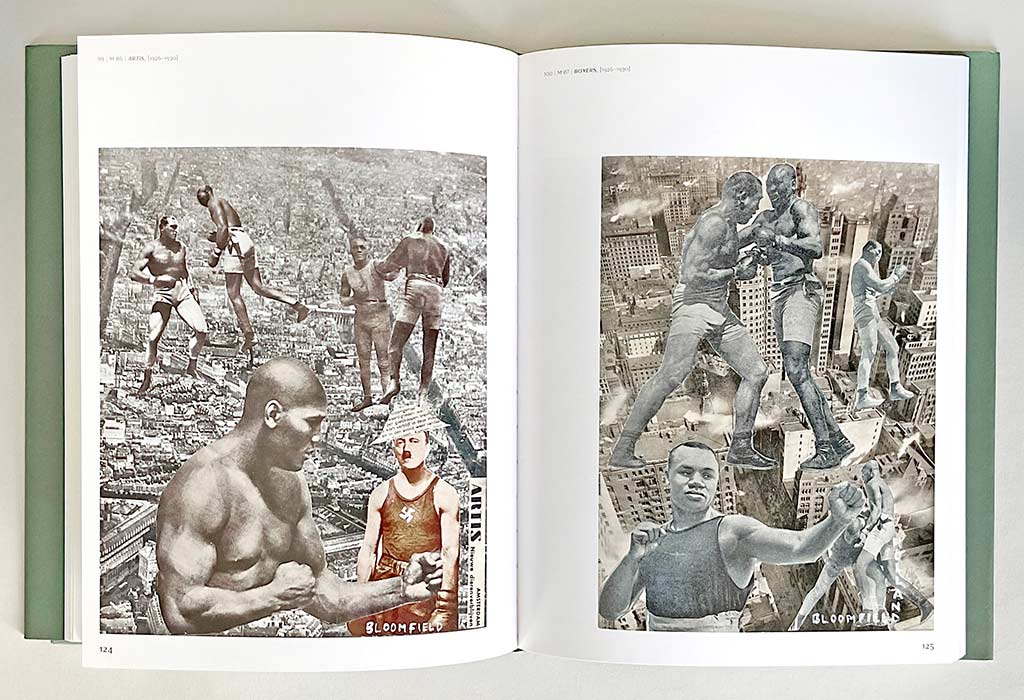 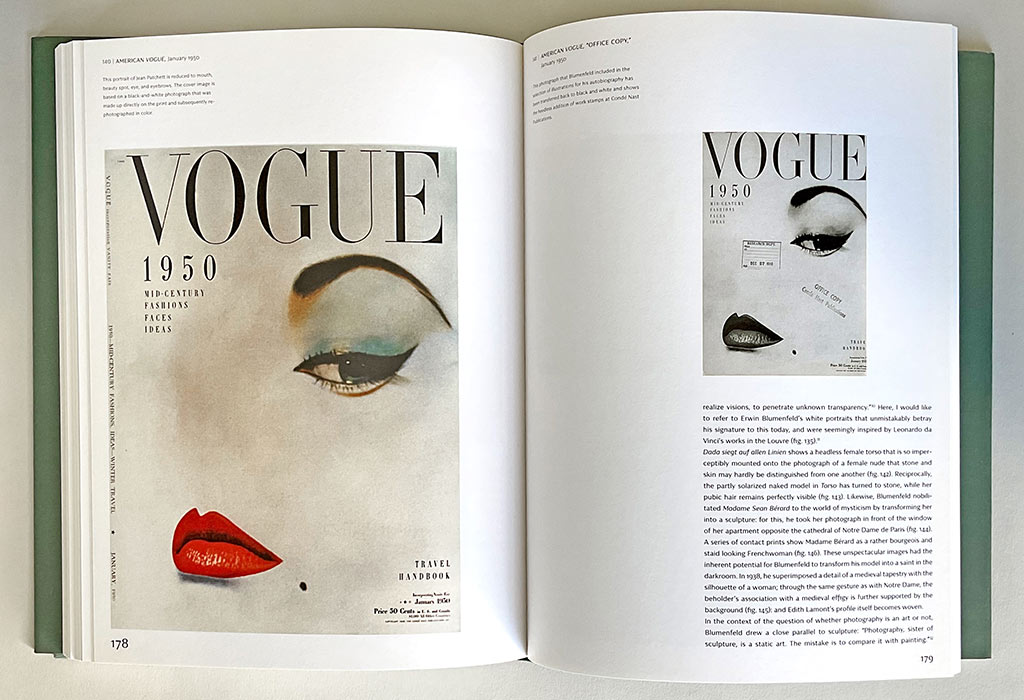 Designing this book was the pure pleasure, not only because I could again use a »self designed« typeface; the lovely Viceroy, that I designed together with Andrea Tinnes in 2007. It was also the idea of dealing with the art of Dada in a completely different way than one is familiar with. I think (hope) I designed the first glamorous Dada book ever. When you look at Blumenfeld’s work, you will find out, that it is really different from all the other work from this period you may know.

The layout itself appears to be quite classic, but if you look closer, you will find a lot of nice little gadgets in it: Ligatures, Alternates, page numbers in different sizes (purely emotional), jumping columns, »crushing in« quotes . . .

The typeface on the title is Giorgio by Christian Schwartz. 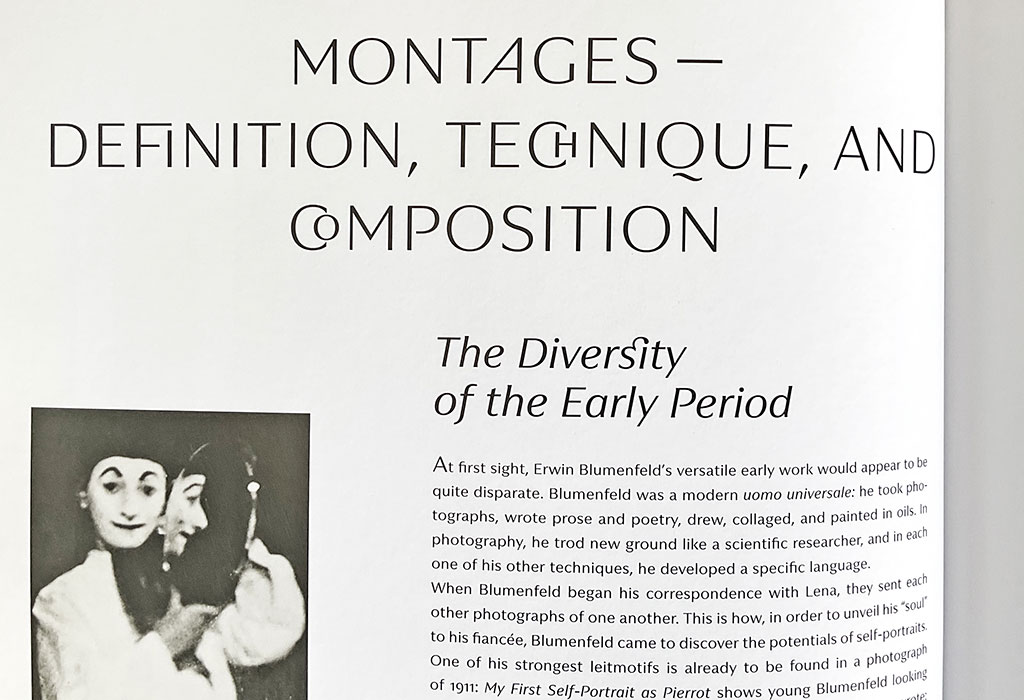 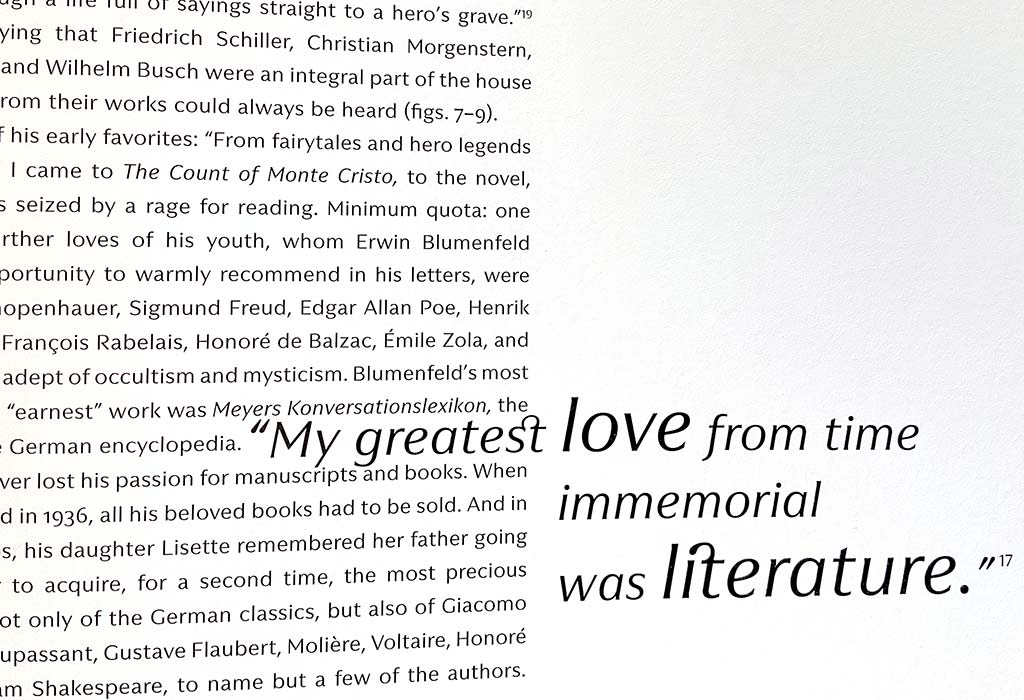 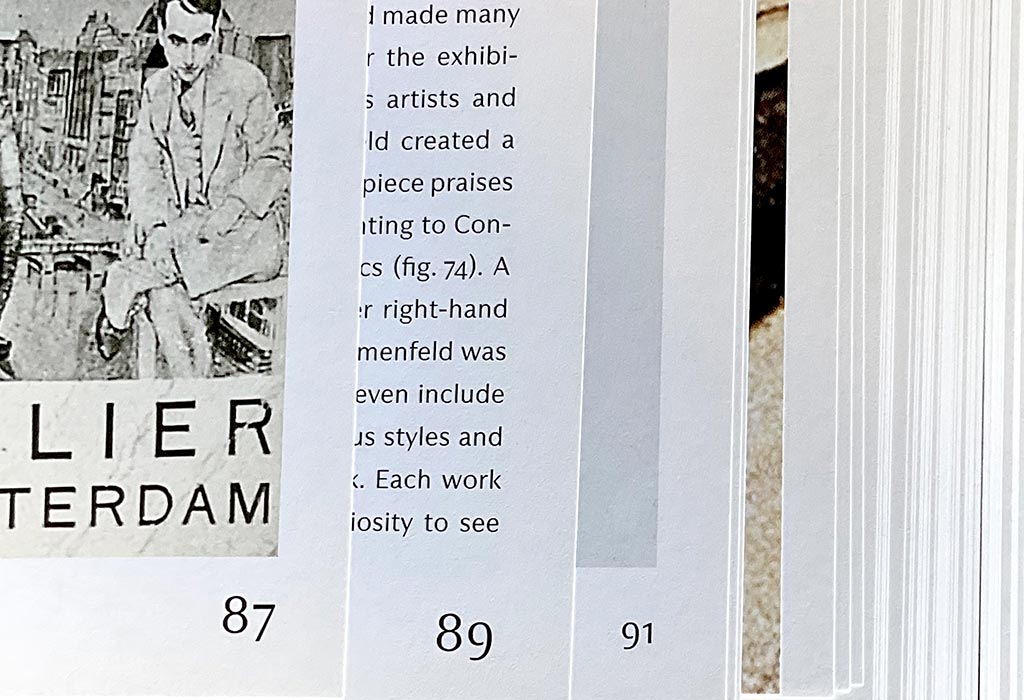 All my best regards go to the author Helen Adkins, the team of the Hatje Cantz Berlin office and Viktor Nübel, who was a great help doing the typesetting.