India’s world famous tradition of sign painting and lettering was the main incentive for graphic designer and typographer Verena Gerlach from Berlin to spend two months in the Goethe bangaloREsidency summer 2014, hosted by the startup and co working space Jaaga. Initially, Verena conceptualised a poster series based on the needs and desires of young women from the weaker economic section of Indian society. Based on this lettering, she decided to delve even deeper into the world of Indian decorative craft, adding punch to her already powerful designs.

Along her long and colourful research route, Verena visited the silk city Ramanagaram, where she documented all stages of silk production and met people involved in the production. She also came in contact with the young women participating in an IIMB (Indian Institute of Management Bangalore) initiative, to impart training in the craft of embroidery (which is normally a very male-oriented profession), and the Minchu Accessories group which runs a little embroidery business. Thus was born the idea to work with this very traditional technique and these skilled craftswomen to produce the typographic “posters”.

Starting with raw silk, Verena worked with the craftworkers to embellish posters with words from hand-painted Kannada and English shop signs and ornament them with beads and sequins. She also documented the entire silk-production process in photographs.

You can find a detailed report with lots of great images on this project in the documentation booklet. 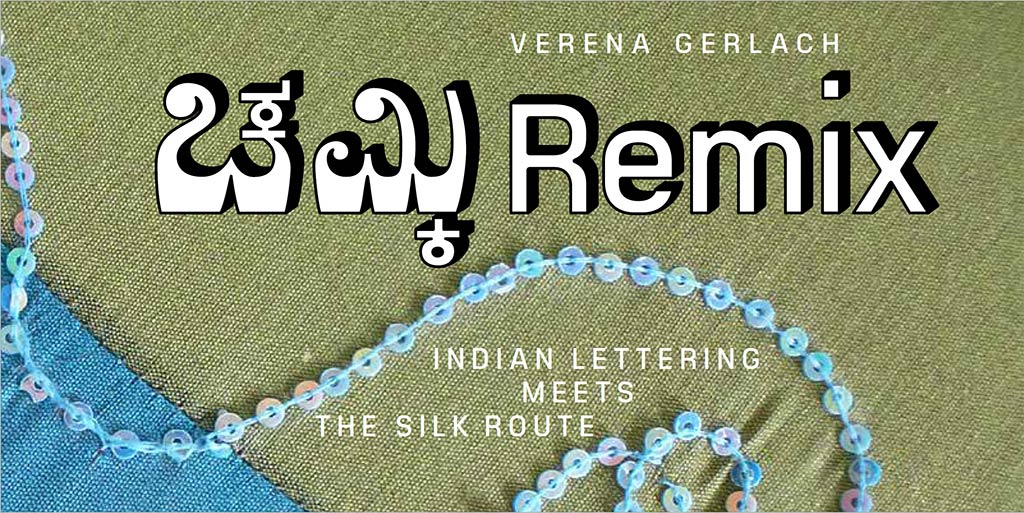