Keyvisual for the exhibition at the Museum of Cultural History, Osnabrück
26 January–02 June 2019

Karl Friedrich May (25 February 1842–30 March 1912) was a German author. He is best known for his travel novels set on one hand in the American Old West with Winnetou and Old Shatterhand as main protagonists and on the other hand in the Orient and Middle East with Kara Ben Nemsi and Hadschi Halef Omar. May also wrote novels set in Latin America and Germany, poetry, a play, and composed music; he was a proficient player of several musical instruments. Many of his works were adapted for film, stage, audio dramas and comics. Later in his career, May turned to philosophical and spiritual genres. He is one of the best-selling German writers of all time, with about 200,000,000 copies worldwide. 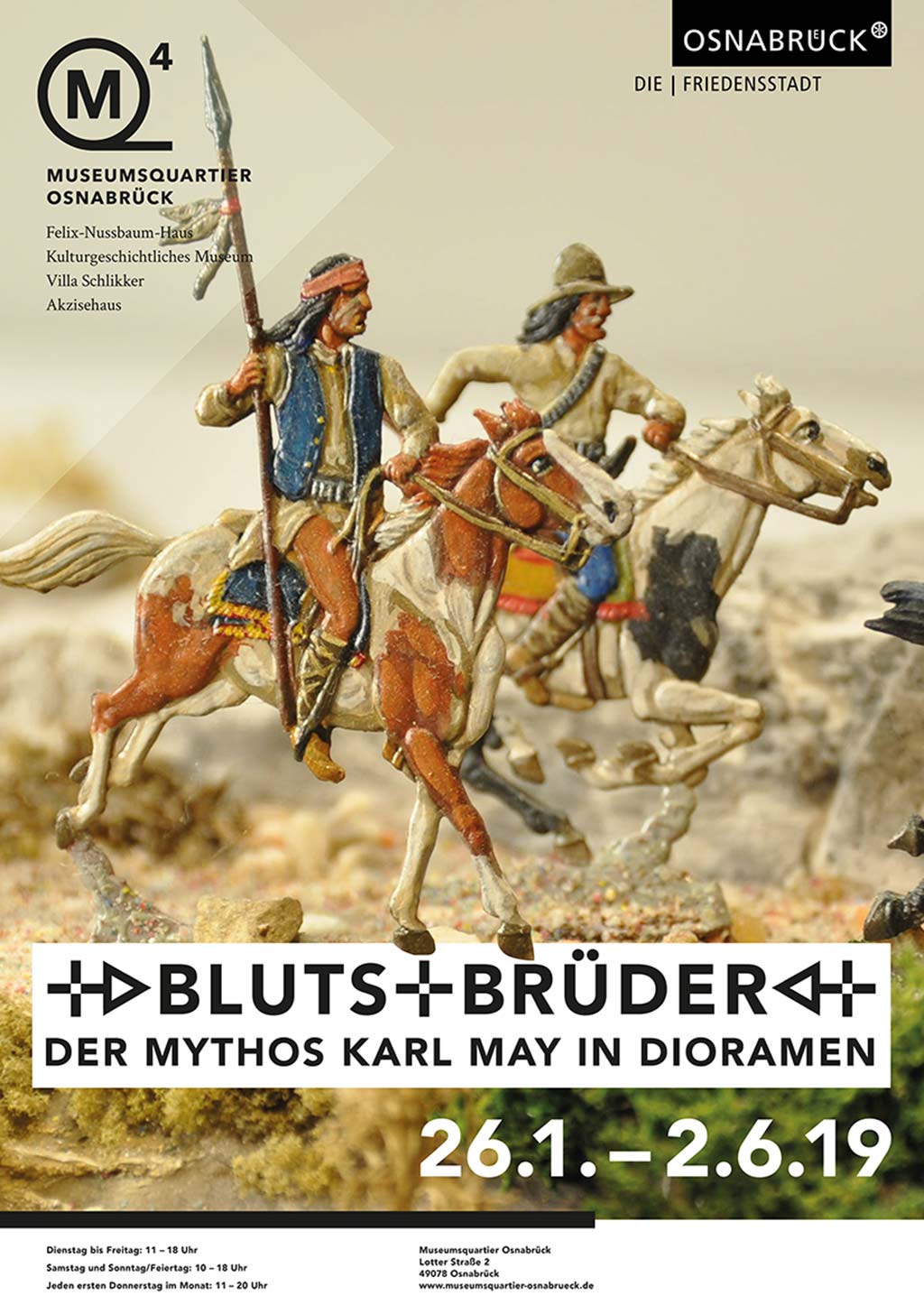